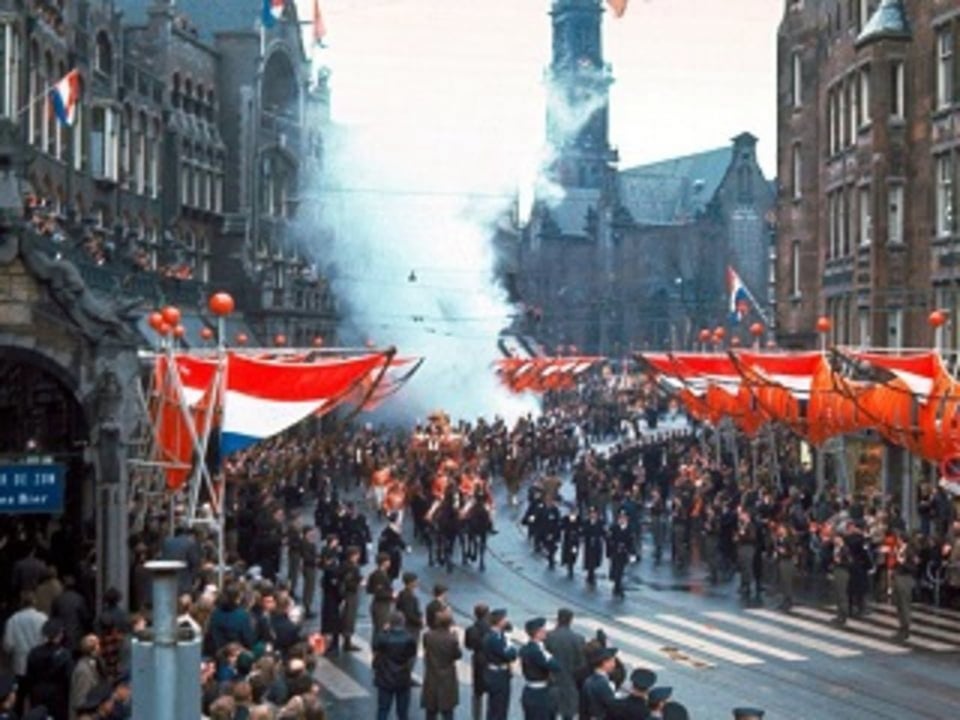 Wittefietsenplan, White Bicycle Plan: initiated by Luud Schimmelpenninck, the plan proposed the closing of central Amsterdam to all motorised traffic, including motorbikes, with the intention of improving public transport frequency by more than 40% and to save two million guilders per year. Taxis were accepted as semi-public transport, but would have to be electrically powered and have a maximum speed of 25 m.p.h. The Provos proposed one of the first bicycle sharing systems: the municipality would buy 20,000 white bikes per year, which were to be public property and free for everybody to use. After the plans were rejected by the city authorities, the Provos decided to go ahead anyway. They painted 50 bikes white and left them on streets for public use. The police impounded the bikes, as they violated municipal law forbidding citizens to leave bikes without locking them. After the bikes had been returned to the Provos, they equipped them all with combination locks and painted the combinations on the bicycles.

After news of the couple became public, there was intense backlash from some Dutch citizens, politicians and religious leaders due to Amsberg's German roots and membership in the Hitler Youth and the Wehrmacht during the Nazi Regime in World War II. Dutch historian Loe de Jong, then of the NIOD Institute for War, Holocaust and Genocide Studies, led a committee to look into Claus's involvement in the war. The committee cleared him and the engagement was announced.

300,000 people signed a petition against the marriage. There were protests during the wedding procession and a smoke bomb was thrown at the Golden Coach by Provos, resulting a street battle with police. Protests included slogans like "Claus 'raus!" (Claus out!) and "Mijn fiets terug" ("Return my bicycle" – a reference to German soldiers confiscating Dutch bicycles during World War II). In protest, half of the Amsterdam Municipal Council and three of the invited rabbis boycotted the ceremony.

The Provos gained world prominence through its protests at the royal wedding of Princess Beatrix of the Netherlands and Claus von Amsberg. The Dutch Royal Family was unpopular at the time, and Claus von Amsberg was thought to be unacceptable to many Dutch people because of his Hitlerjugend membership during World War II. The engagement was announced in June, and in July the Provos threw anti-monarchist pamphlets from a bridge into the royal boat.

In the run-up to the wedding Provo made up a fake speech, in which Queen Juliana declared she'd become anarchist and was negotiating a transition of power with Provo. The White Rumour Plan was put into action, as part of which wild rumours were spread in Amsterdam, including that the Provos were preparing to dump LSD in the city water supply. These rumours led the authorities to request 25,000 troops to help guard the parade route.

Dressed as ordinary citizens, the Provos managed to sneak sugar and nitrate smoke bombs past the police. The first bombs went off just behind the palace as the procession started. Unable to identify the Provos, the police overreacted and the wedding turned into a public relations disaster. In the week after the wedding, the police attacked and beat patrons of a photo exhibition documenting police violence at the royal wedding. Following these events a number of well-known writers and intellectuals started requesting an independent investigation into police behavior.